November 13, 2013 – Master your Mingle-Ability – 5 Creative Ways To Build Your Network

http://www.eventbrite.com/event/8978762721/efbevent
An extensive network is vital to your success as an entrepreneur. Thanks to social media, the process of meeting potential clients and customers has evolved. Often people believe networking is a law of large numbers — if you put yourself in a lot of places you increase your chances of building your business and your reputation.  There are less traditional, yet more effective ways, to stand out from the crowd.

Stephanie will show and demonstrate five creative twists on networking.

These techniques can be especially effective for entrepreneurs who may find traditional networking daunting. Networking is a way to put yourself on the map with people. It’s not about selling, but rather initiating and facilitating conversations that add value for everyone involved.

October 12, 2013 – North Texas Mommy EXPO – Join Bed Rest Concierge as we host the largest Mommy Expo in North Texas.  The day will be filled with fun, excitement, giveaways, fashion and more as the best vendors and sponsors showcase products and services celebrating Mommyhood! 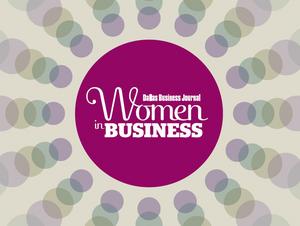 Join the Dallas Business Journal in honoring the Top North Texas Women in Business! There will be networking and trade show before and after the awards luncheon. Don’t miss the celebration!

Join us as for a 30 minuted conference call as we discuss Bed Rest Concierge Franchise Opportunities. This is a great way to get company information and insight into the franchisee process.  Sign Up Today

5th Annual Women Leading Business Conference and Expo is hosted by the Lewisville Area Chamber of Commerce Women’s Division. This is a great opportunity for professional development, business-to-business networking and the opportunity to establish new connections. Dynamic speakers will include Stephanie Johnson CEO of Bed Rest Concierge, Sandra Yancey CEO of EWomen’s Network, Debbie Sardone founder of Cleaning for a Reason and educator Libby Spears, who will serve as Emcee for the conference.